Definitions of trade and non-trade cement

This construction video tutorial sheds light on the following topics :-

Cement is marketed with two mechanism i.e. trade and non-trade.

The manufacturer directly sells trade cement to the dealers and retailers, who alternately sell to the end consumers. It is a more stable method of vending cement since the manufacturer does not have to take the liability for making sales pitches to the consumer directly. The dealer get incentives to sell the product.

Under this mechanism, all taxes like vat octroi etc are levied when the consumer buys cement with the intension of developing a home and seizing it as his property. Here, the purchaser belongs to a house owner or a petty contractor, whose consumption is insufficient Ex. (200+40vat+30octroi+30profit) = 300/- per Bag in which company earns profit as 30/- and the government earns rest 70/- per bag.

Under non-trade cement mechanism, the manufacturer directly sells to the consumer like a construction company for self usages in project. Here, the cement is not sold to any third party. Here, the dealer is not involved.

It is mostly effective for small scale manufacturers of cement. In non-trade cements, there are not huge overhead costs and for this reason it is economical with regards to trade cements. This type of cement is brought in mass volume from the manufacturer by the consumers like realtors, contractors, etc.

Under this mode, the company only levies the central sales tax on the commodity, borne by the buyer, and provides a form C, that is generally offered to a builder or contractor since he only constructs the projects and delivers to the owner and don’t have to care for its possession after finishing of construction. Generally, in this case the purchaser is a contractor or a builder or developer, whose intake is considerably high as in construction projects. 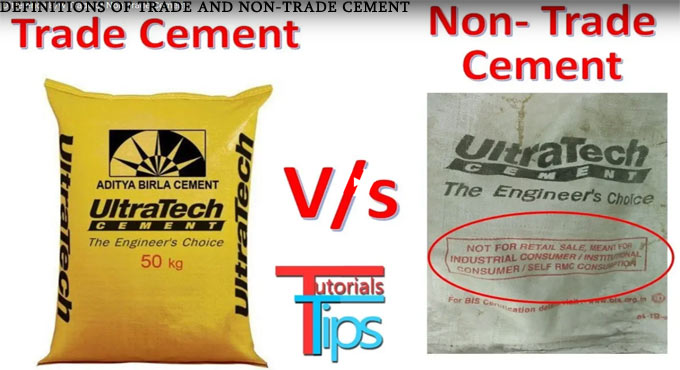