Surveying is often required in any field of engineering, civil is no different. Here, our main focus will be on chain surveying. This is a very old and simple method. This chain method is performed by a use of tape and it is expected to have errors due to incorrect tape measurements.

The sign of correction Ca is the same as that of ‘c’.

Where, P = Pull applied during the measurement; Po = Standard pull; Both P and Po are measured in Newton; L = measured length; A = area of cross-section in cm2; E = Young’s modulus in N/cm2.

Correction for Sag: While measuring on unevenly sloping ground, tapes are suspended at shorter length and horizontal distances are measured. This technique eliminates errors due to measurement along slopes, but necessitates correction for sag. Hence, measured length is more than actual length. Thus the correction is negative. The correction, which is difference between the length of catenary and true length is given by: 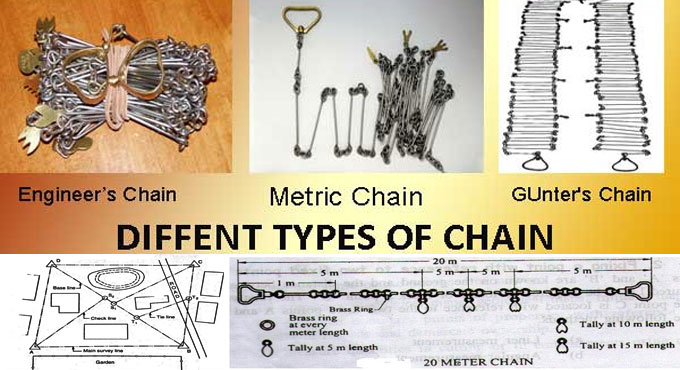