Panama Canal Extension: This project is expected to be completed in 2016. It took 11 years for the completion. There are 3.8-mile-long channel for new locks supported with 4.4 million cubic meters of concrete. The project cost is $5.25 billion

Port Mann Bridge, Vancouver, B.C.: It is considered as the largest bridge in the globe and the second lengthiest bridge in North America. The bridge is developed with cable-stay that applies 288 cables with the bridge length of 6,866 feet. The project cost is $1.93 billion.

One World Trade Center, New York: The highest building in the Western Hemisphere located at a symbolic 1,776 feet above New York City. It is constructed with large steel structure along with a concrete core that offers supplementary security and strength. It took 7 years to be completed. The project cost is $3.8 billion

Three Gorges Dam, China: It is considered as the largest dam of the globe. This dam is constructed on China's Yangtze River. The dam is 595 feet tall & 131 feet wide, and more than 7,600 feet long with 32 main turbines producing electricity. It took 17 years to complete the project. The total cost of the project is $22 billion.

Aizhai Suspension Bridge, China: It is the tallest bridge in the globe that interlinks two tunnels in China. It is also called as one of the lengthiest suspension bridges in Globe. The bridge situates 1,200 feet over the Dehang Canyon and extends a tower-to-tower distance of 3,858 feet. The project cost is $600 million. Total 5 years are spent to complete the bridge.

London Crossrail, London: This project is initiated to speed up the transportation in England’s biggest city. The project is supported with 26 new miles of tunnel for new subway track that will join 40 stations-including 10 completely new ones. The project will take 11 years for completion. The project cost is $23 billion.

Hyderabad Metro Rail, India: The preliminary stage of this project is the 46-mile light rail system that will renovate the whole region. There will be elevated stations in each kilometer and it is estimated to deal with 15 million riders and the trains will reach at stations every three to five minutes. The total completion time will be 14 years and the project cost is $2 billion.

Songjiang Hotel, China: This hotel is developed with a 328-foot-tall quarry outside of Shanghai. The 19-storied hotel will provide waterfall cascading down the middle and two hotel floors belong to completely underwater. The complete time is 2 years. The project cost is $538 million.

Shanghai Tower, China: It is the second-tallest building in the globe that heaped steel plates to produce a "tuned-mass damper" at the top of Shanghai Tower to safeguard against swaying. It’s height is 2,073 feet and there are adequate spaces inside the tower for offices, hotel rooms and public space together with the 21 sky lobbies. The completion time is 8 years. The project cost is $2.4 billion. 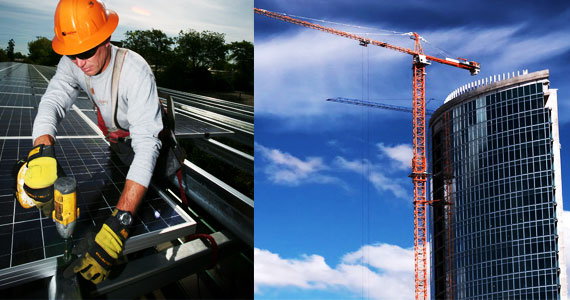