The stadium was originally called Ras Abu Aboud Stadium and was completed earlier in 2021 in time for the FIFA World Cup to be held there in 2022. There are 40,000 seats available in the stadium, which is located in Doha, Qatar.

In the history of football and in the region of Qatar, the 2022 FIFA World Cup in Qatar will be a historic and exciting event. However, human rights concerns and Qatar's high costs lead to criticism of FIFA's selection of Qatar for the 2022 World Cup.

There would be no Qatar 2022 World Cup if there were no two million foreign workers. Men and women from Africa and Asia are building stadiums, roads, and metro systems. As a result, those migrant workers will also help secure the matches, transport fans in taxis to the games, welcome them in hotels and serve them at restaurants as soon as the tournament begins.

A total of 974 shipping containers and structural steel modules make up the stadium, hence the name Stadium 974. It is possible to dismantle, reassemble, or repurpose this stadium into small venues that can relocate or repurpose in a new location.

Seats and gaps between them allow for natural ventilation and artificial cooling. As a result, the stadium is near the Persian Gulf, where a natural breeze cools the stadium and relieves the stadium's cooling systems.

In addition to serving as places to store staircases, concessions, and restrooms, the containers make up the exterior. These containers also deliver construction materials to the site. Several green building certification programs in the Middle East and North Africa have awarded the stadium's design a five-star rating.

In comparison to Russia, which spent $11.8 billion on the World Cup, Qatar will spend approximately $222 billion on the event. There have been several human rights groups that have expressed their concerns about the country's labor conditions.

Since Qatar won the bid to host the World Cup in 2010, the Guardian reported that 6,500 migrant workers have died. The Ministry of Labor in Qatar refuted the report. As a result, there have been several recent reforms to the labor market.

The 22nd version of the FIFA World Cup will be held in Qatar. It is a quadrennial championship that pits national teams of member associations of FIFA against each other. Qatar will host the event between 21 November and 18 December 2022. It will be the first time that the World Cup has been held in an Arab country.

Qatar is the second world cup hosted in Asia after South Korea and Japan hosted the 2002 world cup tournament. The 2026 tournament in the United States, Mexico, and Canada will be the second World Cup held entirely in Asia.

France is the current World Cup champion. Brazilians have won 5 titles while Germany and Italy have won 4 titles each. Due to the harsh summer climate in Qatar, this World Cup will take place over a compressed 28-day period.

As a result, it will be the first World Cup not to take place in May, June, or July. 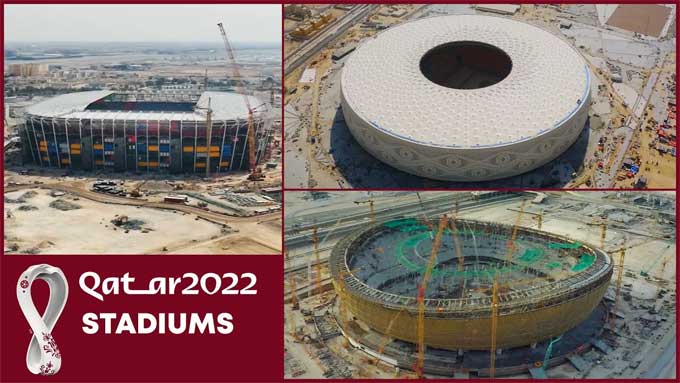