A Discussion on the Importance Bearing Capacity of Soil

Soil plays an important role when pouring footing. Footing helps in spreading the weight of the house and allows the soil to carry the load. At a 45-degree angle the load spreads out within the footing. It then spreads out at a steeper angle in the soil, around 60-degrees from the horizontal.

During excavation of footings, the teeth of the bucket stir up the soil and add air into it thereby reducing its density. Along with it, there is also the risk of soil falling from the embankment into the trench. Loose soil has much less bearing capacity than original soil.

Which is why compacting the trench bottom is extremely important. For sand and gravel soil use a vibrating plate compactor, for silt and clay use a jumping jack compactor. Lack of compacting of soil could lead to ? inch of settlement in just 6 inches of soil.

If you replace the soil to recover the grade and dig the soil too deep for it you will in return ad back soil which has expanded as much as 50%. Owing to the load it will reconsolidate and cause settling. Therefore, if you want to replace material in the trench make sure to compact it thoroughly or use large gravel. Gravel with an inch and a half or more size is virtually self-compacting as you place it. Under the weight of a wood house it will not settle to any significant degree.

PROPERTIES OF SOIL AND BEARING

HOW TO DETERMINE BEARING CAPACITY ON SITE

Use a penetrometer to check soil density in a footing trench. It is by the bearing capacity of the soil that you can determine whether shallow foundation is required or deep foundation. 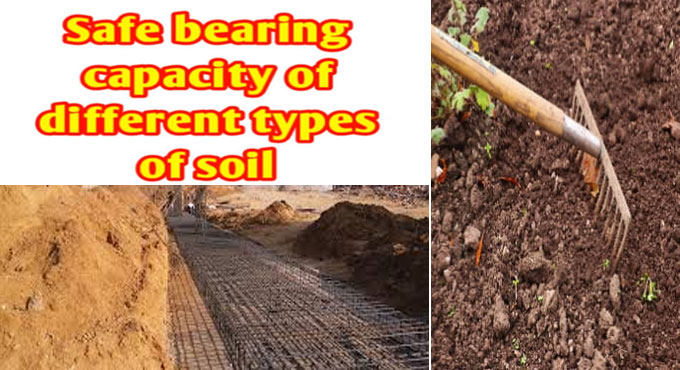