Although railing systems do not provide structural support to bridges, they must still be durable enough for them to withstand accidents in the future. There is a greater amount of rigidity to bridge railings than conventional highway railings and a higher degree of stiffness than flexible highway railings.

All around the United States, there are railings available in a variety of shapes and sizes, which can be used in both residential and commercial areas. There are a number of service level criteria that must be met when selecting railings for a route, including design speed, average daily traffic volumes, and the number of vehicles that are expected to use the route, and the layout of the facility.

There are other factors that influence the selection of railings, including functional and aesthetic considerations. A bridge and approach are essentially framed by four basic railing systems: bridge railings, transitional railings, approach guardrails, and approaches with fall protection facilities.

The Different varieties of bridge railings

Among the many types of bridge railings available, the following are some of the most common:

In bridges that are not subjected to high traffic levels, W-beam railings are recommended. A W-Beam railing has a two-wave shape and is usually attached to a post or truss girders, and it is a simple steel railing structure that can be designed to be more robust depending on the situation.

It is a high-strength guard rail that is used on roads, especially when there is a steep curve or slope. In contrast to W-Beams, the beam rail has a three-wave cross-sectional geometry that provides it with high tensile strength as well as anti-corrosion properties.

Three beam rail systems can absorb out-of-control cars in order to guide them to a safer stop if they are slipping out of control. Performance and flexibility are two of the most important characteristics of these rail systems.

In bridge construction, concrete is one of the most common materials that is used. On the deck slab of the bridge, concrete rails are attached in order to construct a sturdy vehicle barrier. There is no better option than concrete railings when it comes to pedestrian crossings and urban areas that receive considerable vehicle loads.

Construction budgets, the material used for bridge decks, and state-mandated specifications determine the dimensions and construction of the bridge railings.

Steel railings are available in a variety of cross-sections and styles. A tubular rail system is the most popular type of steel bridge rail. These railings can be installed on their own, or they can be integrated into the concrete curb or a low barrier wall.

Architectural steel railings are typically utilised on bridges with limited automobile traffic and for walkers. Bridges that are architecturally significant do not have a massive and hefty design. They provide beautiful railings without jeopardizing the safety of pedestrians.

Due to the reduced weight, the installation process is also faster, resulting in a faster completion of the project.

In terms of cost savings, construction companies benefit from this timeliness in terms of timely completion of projects.

Some of its benefits include:-

1. There are significant advantages to municipal governments when comparing traditional building materials with alternative materials. Construction that is completed more quickly decreases traffic and business inconvenience.

3. In addition to being versatile, steel can withstand a variety of climate conditions. Because steel is relatively light, it saves energy during transport and construction.

5. There are a number of advantages to steel constructions, such as their low weight, which means that they can be erected with lighter equipment, thereby lowering erection costs. Additionally, when a steel girder is used for the same span and weight that a concrete girder, the depth required to build it might be less than that of a concrete girder, which can be an advantage in certain situations. 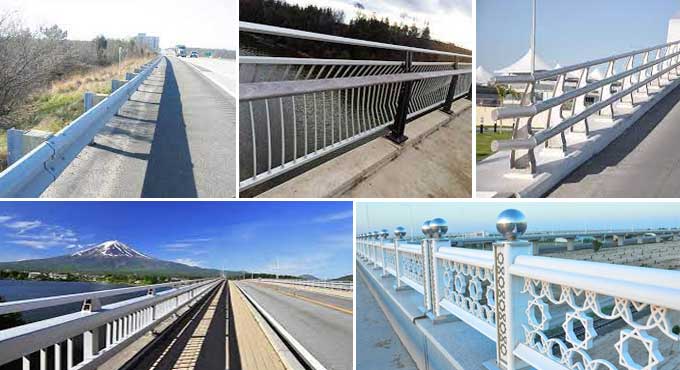