Types and Uses of Bulldozers in Construction

Most construction projects need moving of a large amount of earth, soil, sand, rubble, and debris all the time, especially at the beginning of the project. For this purpose, bulldozers come in very handy in land-based construction projects. Today we will see what these powerful machines are and how they are used in the construction industry.

The phrase "bulldozer" comes from an amalgamation of the words 'bull' and 'dose'. The first word implies power, while the latter indicates a will to force something to happen. The first proper bulldozer in history was produced in 1923 by farmer James Cummings and draftsman J. E. Mcleod. But this was used for farming purposes only. Bulldozers saw construction uses by the 1940?s.

Bulldozers, or dozers, in short, are essentially tractors with a large blade mounted in front of them. The tractor helps push the blade around the ground. Perpendicular to the ground, the blade is a thick plate of metal, wider than the tractor behind it and sometimes even half as tall. Sometimes the dozers come equipped with a claw-like device attached in the rear called a ripper to loosen up the ground before pushing it around.

The vehicles are generally mounted on tracks, which gives them excellent ground traction and mobility on rough unstable terrain. Some versions of bulldozers come with extra-wide "swamp tracks" to handle soft ground. Though in uneven terrain, the use of wheeled bulldozers is common too. These dozers are mounted on four articulated hydraulics-operated large rubber wheels, which gives the vehicle the ability to work on uneven terrain and also much better speed than the tracked versions.

The engines of bulldozers need to be very high-powered since they need to create a huge amount of energy to push heavy objects. Also, the same engine needs to power the often-used hydraulics system. Depending on tasks the engines of dozers can vary from 70 to 1000 horsepower.

The blades mounted in front of the vehicle can vary depending upon their uses. These are:

Dozer blades can be fitted straight in front of the vehicle, or they can be mounted in an angle. Some dozers have hydraulic pushers which can change the angle of the blade while they work, adding extra flexibility to the machine.

The claw-like device attached in the back of the dozer is called the Ripper. It can have one or multiple shanks, and may be fixed or hydraulically operated. The shanks are tipped with reinforced tungsten steel giving them the ability to loosen up the hardest ground or sometimes even split rocks. In road construction, the ripper can easily break up the hard asphalt to bare the ground underneath. 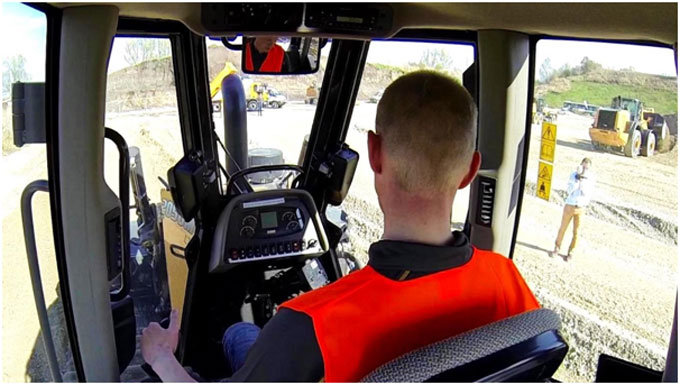 The operator's cabin or the cab is essentially a glass box mounted on top of the vehicle, generally near the end. It has all the controls necessary to drive the dozer and to control the arms and actuators. Sometimes the cab has two separate sets of controls at the front and rear to control the blade and the ripper. In that case, the operator seat can be rotated as necessary.

Depending on the needs of your project, you can use four main types of bulldozers, as described below.

Also referred to as a track bulldozer, a crawler dozer is a hard and powerful machine mounted on tracks. Used mostly for pushing objects and soil on comparatively soft surfaces, these are common not only in construction but also in farming. Large versions of these are capable of loosening and moving very hard terrain. 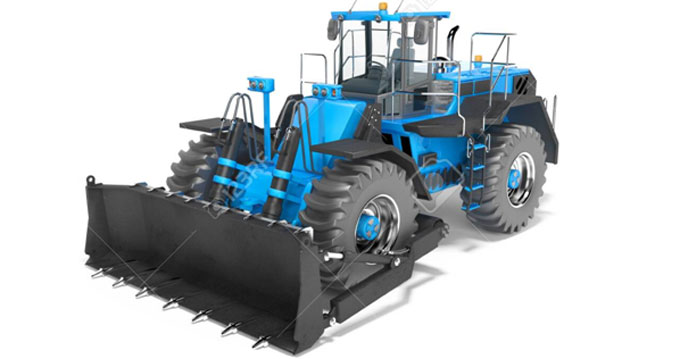 Useful where mobility is needed more than power, these dozers come mounted on four wheels instead of tracks. Driven by a 4-wheel-drive system these vehicles have a hydraulic, articulated steering system. The blade is mounted forward of the articulation joint and is hydraulically actuated. Because of their capability of handling hard but uneven areas you can use these in rocky construction sites. Also because of their mobility and little to no damage to roads, most urban areas see wheeled dozers in action. However, due to their low traction with the ground, these are not too good at pushing or scraping.

These small bulldozers are vastly more agile than any of the other types of dozer due to their small size and compact builds. Mostly seen in civil building sites, these dozers come handy in performing quick, light soil or debris-moving jobs. Because of their tiny size, sometimes a mini dozer is also called a calfdozer instead of a bulldozer. 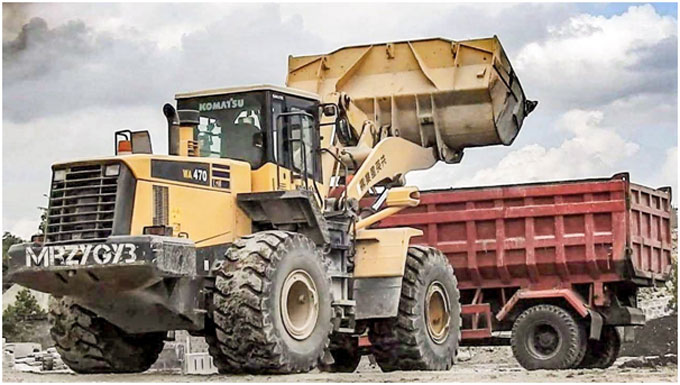 When a large volume bucket replaces the front blade and hydraulically operated machinery assist in lifting and tilting the bucket, the dozer effectively becomes a truck loader. It is used mostly for scooping up earth or debris from the ground and directly transferring it to a carrier. Wheeled loaders are very common in civic duties.

A bulldozer is a very configurable machine and can be retrofitted for various purposes. Changing the blade angle or type is fairly common, as well as changing the ripper type and even replacing it with a scarper and loader bucket with an articulated arm. Converting it into a loader is also another option, as described above. While not exactly bulldozers, snow plows work with the same idea too.

The world's largest dozer is the Acco Super Bulldozer. It is an 183-ton behemoth driven by twin 675hp engines, has a 23 feet by 9 feet blade and a 10 feet tall ripper. Unfortunately, the giant dozer while eminently capable has yet to see any actual work.