What Canal Irrigation Is like and its Advantages & Disadvantages

Irrigation systems serve a variety of purposes, including assisting in the growth of crops and plants by preventing weed growth in grain fields, suppressing weed growth in pastures, and preventing soil consolidation. The application of water artificially in agricultural fields is known as irrigation. That involves replacing rainwater with water from another source. When rainfall is insufficient, this method will use.

Canal Irrigation is done through canals that transport water to the fields. Rivers, tanks, & reservoirs provide water for this purpose. Concrete, stone, brick, or any flexible membrane can construct the canals to solve durability issues like seepage and erosion.

It is possible to use canals as a source of irrigation in areas with low relief, fertile soil, and a large command area. Irrigation canals uses in Uttar Pradesh, Haryana, and Punjab, the northern plains of India.

It is difficult and uneconomic to dig canals in rocky and uneven terrain. The peninsular plateau is virtually devoid of canals. Irrigation canals exist, however, in South India's delta and coastal regions.

Weirs or other devices at the head of an inundation canal do not regulate water flow from rivers. In the rainy season when rivers flooded and there is an abundance of water, this type of irrigation canal provides irrigation.

Other Types of Irrigation

The water supply of surge irrigation is pulsed on and off during planned times. Drying and wetting cycles reduce infiltration rates, resulting in a faster advance rate and better uniformity than continuous flow.

The traditional way to plant seedlings uses trenches dug out of the ground and rows of seedlings planted in them. Between each row of plants, canals or furrows dug to provide water for the plants. Canals receive water via siphon tubes from the main ditch.

An irrigation system delivers water to the roots of plants and allows it to absorb upward. It collects and reuses water. That reduces labor costs and conserves water and nutrients. Equipping the farm is an expensive process. There is a risk that recycled water will harbor disease.

The furrow irrigation technique involves digging trenches or furrows between rows of crops in a field as a method of surface irrigation. In the furrows, farmers flow water that seeps into the soil and recharges the soil reservoir. Furrows are fed at a different rate. 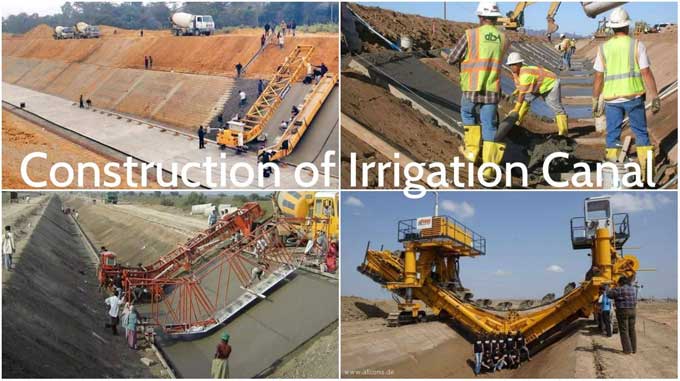