A Description of Carbon Concrete along with its Merits and Demerits

The strength, lightness, and flexibility of carbon concrete make it a promising material for the future. The construction industry's methods of construction are under scrutiny amid a severe environmental crisis, and carbon concrete appears as an alternative that adheres to sustainability guidelines.

In contrast to ordinary reinforced concrete, the carbon mesh is four times stronger and lighter since it does not contain iron elements, allowing savings in materials and time. It is manufactured by thermal decomposition through the extraction of ultrafine carbon crystal strands and the creation of a mesh before hardening in which the concrete is spread. Due to its grid structure, it has the advantage of containing approximately 50,000 fibers, much finer than a human hair.

This new material has been studied by researchers at the Technical University of Dresden, Germany. They recently concluded that it has the potential to revolutionize civil construction, especially large infrastructure projects. Due to its ability to generate lighter prefabricated parts, carbon concrete is capable of allowing even bigger spans without risk of collapse.

Despite its lightness and structural strength, carbon concrete also boasts a number of other advantages; including the fact that carbon fiber does not rust, resulting in a much longer life cycle than conventional concrete. Consequently, thick layers of concrete will no longer be required to protect steel from corrosion, resulting in significant CO2 emission reductions in civil construction.

Concrete can be made carbon concrete by randomly dispersing carbon fibers throughout. In between layers of fine concrete, carbon fiber mats can be placed that resemble meshes.

It is also possible to target the distribution of carbon fibers within concrete using the nozzle process. This enhances concrete's tensile strength. High-performance carbon-reinforced concrete is made by reinforcing fine concrete with carbon bars.

1. Concrete reinforced with carbon does not rust, which is a major concern. Therefore, corrosion protection does not require a thick concrete cover.
2. The strength of concrete is increased by five to six times when compared with reinforced steel.
3. Any substance containing carbon can be used to produce carbon fibers.
4. Carbon has a significantly longer life span than reinforced steel. The life span of reinforced steel bridges in Germany is around 40-50 years. Albstadt's textile-reinforced concrete bridge, however, has a lifespan of around 80 years without very much maintenance.
5. Because carbon concrete is four times lighter than conventional concrete, it is possible to create delicate and aesthetically pleasing designs, such as the one used in the building.
6. Compared to conventional concrete, it emits half as much embodied carbon. As a result, carbon concrete reduces construction material consumption.

In comparison to reinforced concrete, carbon concrete has a high production cost of approximately 20 kg. As a result, carbon concrete can reduce material usage by up to 75 percent, lowering the overall cost of the project. Production costs are offset by the strength, longevity, and corrosion resistance of carbon.

Using concrete and carbon fibers or bars, carbon concrete is a sustainable construction material. Mesh-like textile mats or uniformly dispersed fibers are used to incorporate carbon into the concrete through its layers. A great deal of tensile strength can be gained from carbon fiber in concrete.

It is possible to construct aesthetically pleasing buildings using carbon concrete since it is stronger and lighter than conventional concrete. Constructions using this material are sustainable, resource-saving, lighter, and less material-intensive. 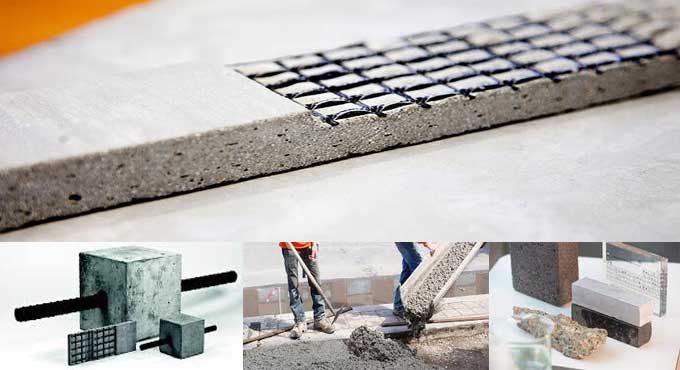