Congestion in Concrete Members is caused by structural and seismic design requirements, embedded conduits and pipes, and box-out. To achieve structurally sound and aesthetically pleasing concrete, contractors need to practice special care and consideration when pouring concrete in congested areas.

The concrete should also be placed in its final position to ensure that it is high flow-able. Good detailing by the designer and good planning and control by contractors are the key aspects of concrete consolidation in congested areas.

In some cases, this may occur around formed openings, especially in thin wall sections, between columns and other concrete members, at beam's intersections, in deep beams, in mat foundations, in post-tensioned members, and deck slabs of bridges.

When seismic or structural design uses columns, ties are frequently used at their tops and bottoms. Instead of closely spaced steel bars, concrete covers use cement and sand grout. That would lead to drying shrinkage in the concrete cover, followed by cracking and crazing on the surface, and, ultimately, loss of durability.

A vertical run may have a maximum spacing of 61 cm. Engineers should consider suitable construction details and procedures to achieve adequate compaction when vertical runs cannot install without compromising structural integrity.

The concrete flow under formed holes and close formed openings in slabs and walls is limited, so formed openings are prone to congestion. Access openings or construction joints can introduce within the box-out to facilitate concrete placement and placement.

Structures such as electrical conduits, pipe sleeves, and other complex embedment may interfere with proper placement and concrete consolidation. The electrical designers usually designate several 25mm to 150mm diameter conduits to use in localized areas for cable trays.

Compaction of concrete in congested areas relies on the placement of concrete near its final position. Using buckets and cranes should be the responsibility of the concrete supervisor or site engineer. When concrete pumps place concrete, a rubber hose connected to a booming pipe must attach to pour concrete close to the final position.

The use of a lie-flat hose recommends when the distance between steel bars is too small, resulting in excessive congestion. Concrete can pour into this pipe type between closely spaced steel bars. When fresh concrete rises in the forms, the hose can easily be cut to remove it.

Modification of Other Mixtures

When a proportioned concrete mixture cannot flow to the form face, modified mixtures are used. By reducing the nominal aggregate size of a modified mixture, flow-ability increases.

Concrete pouring and compaction techniques should consolidate freshly poured concrete in congested concrete members. In addition to being weak and brittle, concrete elements suffer from problems like honeycomb and poor concrete covering, which result in time-consuming and expensive repairs. Concrete pouring and compaction should use for consolidating fresh concrete in congested concrete members. By not addressing problems such as honeycombs and poor concrete coverage, the concrete element becomes weaker and harder to fix. 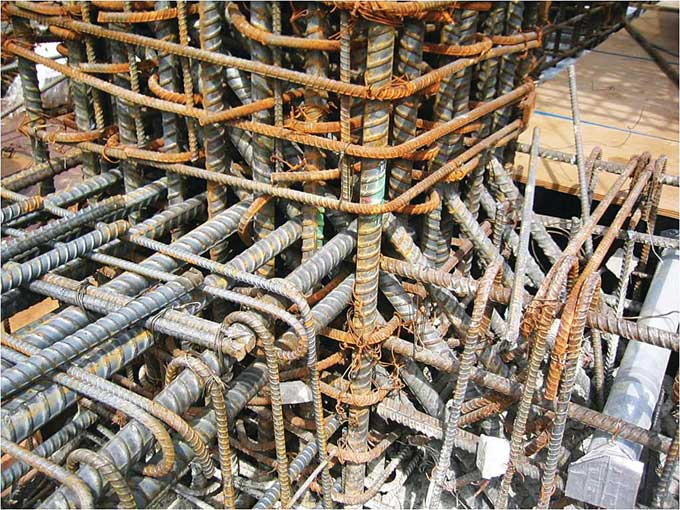