Hydrogen Power as a Primary Energy Resource for the Construction Industry

Climate change poses significant threats to the ecosystem due to rising temperatures, sea levels, water shortages, and droughts. The construction of buildings contributes significantly to these problems as well.

Therefore, efforts to reduce carbon emissions in the construction industry are incredibly important. Hydrogen power is a useful alternative energy source for construction sites since it eliminates the CO2 emitted by conventional power sources, such as diesel generators or fossil fuel-generated electricity.

It is vital to take steps toward a more sustainable energy source like hydrogen. Green hydrogen power, however, is likely to be hindered by current obstacles like the lack of hydrogen infrastructure. Changing this is as simple as raising awareness about hydrogen power's benefits, practicalities, and potentials.

It is possible to power fuel cells with hydrogen. A fuel cell produces electricity by converting chemical energy into electricity without burning fuel. Therefore, such cells are a highly efficient, clean, and clean method of keeping construction equipment running, especially when it comes to sites where there is a need for low noise levels, as is typical of urban construction sites.

How to balance between Sustainability & Economy

It costs approximately three to five times as much to harness hydrogen power as diesel. With the introduction of renewable power generation technologies and capacities, the cost of hydrogen power can reduce significantly with an increase in hydrogen production capacity. Zero-emission targets will likely encourage the construction industry to move away from fossil fuels and towards green energy.

Additionally, governments support the use of such green energy sources by offering financial incentives to developers. The government also stops subsidizing diesel fuel. Several countries have already adopted subsidies for hydrogen or other renewable energy sources.

1. Construction sites can be powered by hydrogen power as a reliable energy source.

2. Aside from its weather-dependent nature, hydrogen can be delivered and made available like conventional fuel, outpacing other green energy sources such as wind and solar.

3. A high energy density makes hydrogen a more attractive storage technology than others, like batteries.

4. Further, hydrogen fuels have a longer lifespan than fossil fuels. Powered by combustion technology or fuel cells, it emits no carbon dioxide, particulates, or nitrogen oxides. In other words, it helps investors and developers reach zero carbon emissions by 2050, a target for some developing nations like India and China.

1. One could argue that hydrogen is not at the same level of maturity or advancement as traditional sources of energy. To address practical concerns, we need to advance technology.

2. Additionally, it could be difficult to store and deliver hydrogen. Due to the light nature of hydrogen, it is required to be compressed to substantial high pressures of 200-700 bar or liquefied to a temperature as low as -253°C to function as an energy carrier.

3. Nevertheless, progress has already been made in the right direction. Suppliers such as Aggreko will soon be offering energy-generation solutions based on current hydrogen transportation methods such as tube trailers and multi-cylinder packs.

4. As hydrogen is highly flammable, it should keep out of reach of the general public. Accidents can be prevented by taking appropriate safety measures by construction worker. 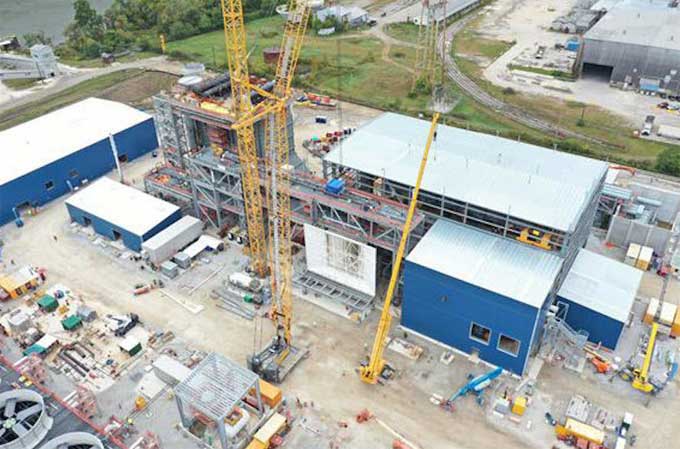