Details of top down construction method

Top-down method is mostly suitable for two types of urban structures, tall buildings containing deep basements and underground structures like car parks, underpasses and subway stations. In such a circumstance the basement floors are built up as the excavation steps forward.

? Built up the retaining wall.
? Build up piles. Arrange the steel columns or stanchions where the piles will be developed.
? Carry on the first phase of excavation.
? Cast the floor slab of first basement level
? Start to build up the superstructure
? Carry on the second phase of excavation; cast the floor slab of the second basement level.
? Reiterate the similar method unless the required depth is attained.
? Develop the foundation slab and ground beams, etc. Finish the basement work.
? Continue constructing the superstructure unless it is completed.

To learn the step-by-step process in detail, go through the following video presentation. 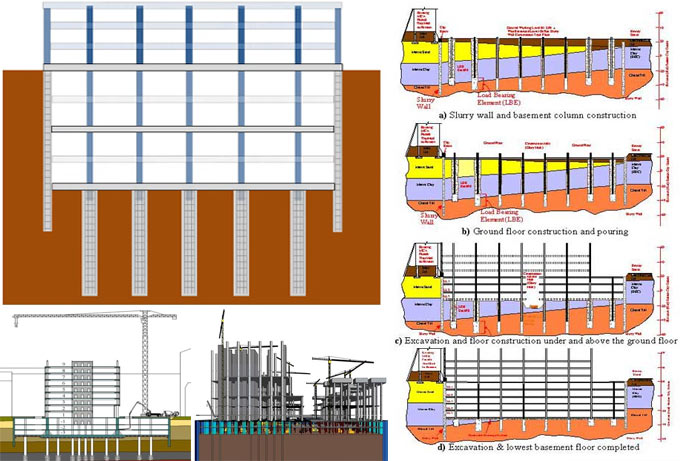