This construction video tutorial briefly explains the variations among beam and lintel.

Both the beam and lintel are flexural as well as horizontal members and considered as the vital parts of structural system. But these differ according to their structural behavior and load carrying system.

Given below the points of differentiation:- 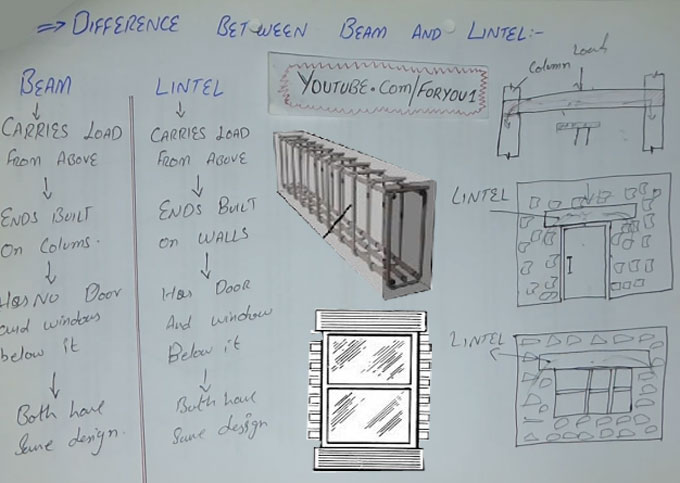