Top 5 Causes of Foundation Failures and how to prevent it

The most prevalent cause of foundation problems is water. If there is too much water, the soil will inflate, and it will shrink if there is not enough. Both of these scenarios might produce issues with your home's foundation, especially if the swelling or shrinkage is concentrated in one region.

If the earth beneath the foundation isn't evenly moist or dry, it is another way. Soil erosion caused by poor drainage can wreak havoc on your home's foundation. Below, we'll go over these topics in further detail.

Water isn't the only cause of foundation failure. The foundation of the Leaning Tower of Pisa was too shallow (only approximately 10 feet deep) and built on unstable soil. We're all aware of what occurred.

We need to talk about expansive soils before getting into the top three causes of foundation problems.

Short downspouts, blocked gutters, and a lack of waterproofing are all indications of inadequate drainage.

Poor drainage around your foundation can create oversaturation of the soil, which can lead to foundation instability.

Contact Atlas Master Companies for an inspection and quote if incorrect drainage has produced foundation concerns on your property.

Due to hot and dry circumstances, the soil around your home may shrink and move away from the foundation. Cracks may occur throughout the structure as a result of this. As the earth shrinks, gaps will form near the foundation, allowing the foundation to sink and settle into the ground.

Tree roots could dehydrate the soil beneath a home, causing soil shrinkage and settlement of the home. The ripening of trees and bushes near a house or building is a common cause of foundation settlement.

As the trees and bushes mature, their root system demands more water. These roots will draw moisture from under a house's foundation and cause the soil to shrink. This results in settlement of the home.

Soil stabilization is required before the structure is built in cut and fill situations, where the soil is removed from one section of the lot and stacked on another. Otherwise, the soil beneath the foundation may move in unforeseen ways.

Foundation settlement can occur if the builder did not properly prepare the soil before pouring the foundation. Loose, improperly compacted soil compacts on its own, causing the foundation to settle into the ground.

One of the most common causes of foundation failure is soft, low-density soils and inadequately compacted dirt beneath a foundation. Water should always be diverted away from your home by grading the soil so that it does not leak under the foundation.

Water from leaking plumbing is a common cause of foundation issues. The soil supporting your foundation can disintegrate if too much water is present due to plumbing leaks; the moisture content changes when there is a plumbing leak beneath the foundation.

The soil and foundation will move when moisture is supplied to the earth as a result of a plumbing leak, creating foundation settlement. The amount of movement is determined by the soil type, density, and moisture content before the leak and the length of time the leak has been there.

How to prevent it?

Unfortunately, foundation issues are all too common, particularly in the Virginia Beach and Hampton Roads areas. If you've had structural problems, it is critical to address them before things worsen and complete foundation failure becomes a problem.

1. If you live in a region with expansive soil, water your grass evenly during hot/dry weather.
2. Large trees near you need to be watered.
3. During the rainy season, make sure that the water comes out of the foundation.
4. Keep your plumbing, gutters, and downspouts in good working order.
5. Inspect your property for pool water after heavy storms. Fix any drainage issues you may have in those places.
6. Make sure there are no leaks in the underground drains and water supply pipes.

The structural integrity of your home is only as good as the foundation on which it rests. It's extremely simple to either prevent problems or detect them before they do severe harm if your home's foundation was built appropriately. 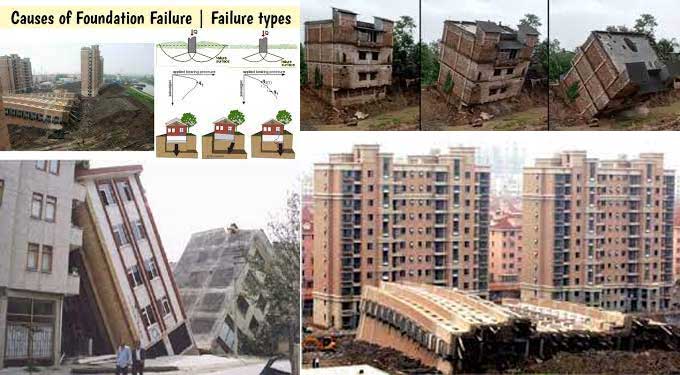