Changes happening in the Construction Industry thanks to Robot

Among the world's most labor-intensive industries, the construction industry accounts for about 12% of global output. Despite this, the industry has faced difficulties adjusting to a labor shortage and current social distancing. As technology advances every day, construction robots have developed into a new solution to the industry's adaptability problem.

An automated machine that assists with construction is a construction robot. Although understandably, people fear robots will steal their jobs, it's more likely they'll upgrade them than take them. There are many different types of construction robots besides the typical idea of a robot. The construction industry uses a variety of machines, from driverless vehicles to humanoid workers.

It's not hard to understand why drones have become more popular in the construction industry. Construction sites benefit from their versatility by increasing safety and progress.

These machines are remotely controlled and able to fly, revolutionizing the work cycle of a construction project without requiring human labor, providing real-time updates of construction projects. It expects that drones will become more and more common in the construction industry as the industry grows and innovation increases.

Construction sites are a high-risk environment, with thefts costing the industry over 1 billion dollars each year, with less than 25 percent recovered. Drones make security easier than ever because humans can only do so much. Drones can be flown up in the air by only one person, giving the operator an aerial view of the entire scene.

Labor shortages are currently affecting the construction industry. However, despite the availability of jobs, the apparent lack of interest in provoking a response. Humanoids are robots with human-like features.

Valkyries are similar to their namesake in that they are tough and resilient, helping humans find a new and prosperous home. Construction Industry needs a few more of these humanoids on Mars to help with the Mars colony, which is in the pre-development phase.

Among the more well-known kinds of automation, industrial robots widely use. Robotics is increasingly being used in the construction industry to perform repetitive, high-value tasks.

They design to work alongside humans, performing tasks that humans or robots would otherwise not be able to perform on their own. Cobots may replace human labor for low-skilled tasks one day in the construction industry, which is plagued by labor shortages.

The construction industry has already adopted autonomous construction equipment, even though the automotive industry is working hard to standardize self-driving cars, like Tesla's Autopilot tool.

What are the impacts of robotics on the construction industry?

Technology advances promote safety on construction sites primarily through enhancing safety. There is more to deciding if humans are replacing robots than an easy yes or no.

In some industries like the construction industry, robots can replace humans, but because it is one of the most dangerous, these robots are helping to keep workers safer and more productive.

Technological advancements are all about improving things. The goal isn't to replace the current workforce but rather to improve the job. Our world is undergoing constant change, and construction robots meet this challenge.

The trencher would still require humans to operate, even if it can make the trenching autonomously. There will be robots, but they will be our friends. 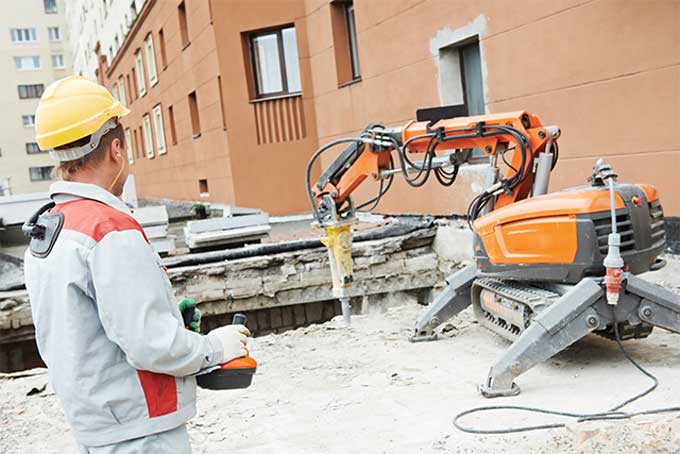