Top 10 Bridges of India ? the Best Bridges in India

Bridges truly are the roads to success. These huge infrastructure items not only connect disconnected places, they also decongest the existing road network and shorten distances substantially. As India is diverse country, it is also varied in its infrastructure. Today, we will talk about the top 10 bridges in India.

Whenever a bridge is built in India, it brings more business in the area, eases travel across the zone, and gives the locals a lot of job opportunities. That is why each bridge in India is extremely important with both the local and state-wide business and society.

Some bridges in India are so popular that even movies were made on them (?Howrah Bridge?). So, today, we will see the brief details of the best ten bridges of India sorted by their length, increasing. 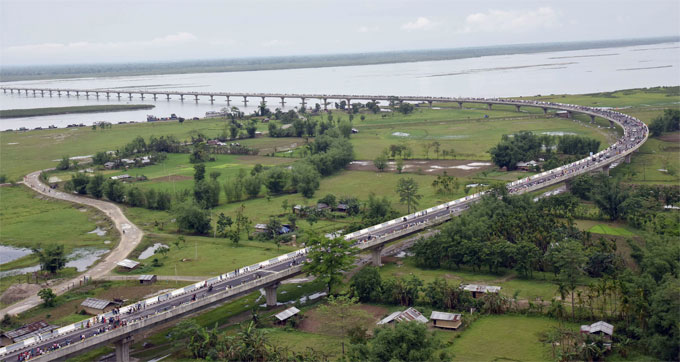 Surpassing all bridges in India by far in length, the Dr. Bhupen Hazarika Bridge flies over Lohit River, a major tributary to the mighty Brahmaputra. This is a simple beam bridge and for that reason only it is capable of spanning such a long distance. It is also called the Dhola Sadiya Bridge, connecting the states of Assam and Arunachal Pradesh.

The bridge was designed with army movement in mind in response to Chinese incursions, and so, Dr. Bhupen Hazarika Bridge is quite capable of handling the momentum of main battle tanks rolling at full speed. There are 183 spans in this bridge, the longest of which is nearly 13 meters long. It took 14 years to build this long, long bridge. 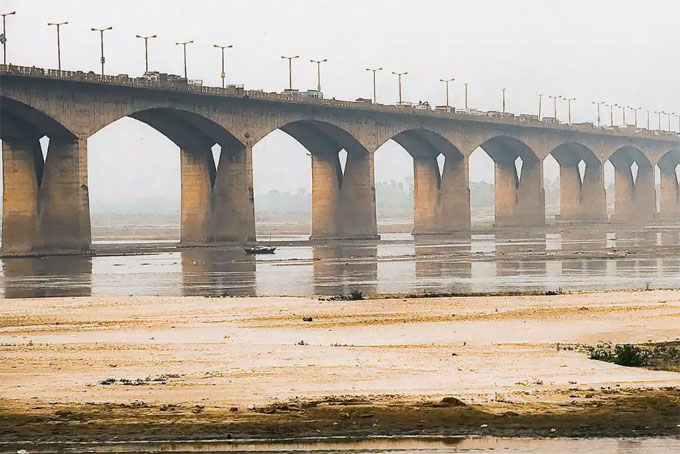 This majestic bridge over the Ganges in Bihar connects Patna to Hajipur and was the longest bridge in India till 2017. It was opened way back in 1982 by Indira Gandhi for the people, and is also known simply as the Ganga Setu.

The concrete steel girder bridge has 45 spans, and was designed and constructed by Gammon India. It took 10 years to build this huge bridge, due to a lot of red tape and bureaucratic disputes. It took 87 crores to build this engineering marvel, costing 4 times as much as the initial estimate. 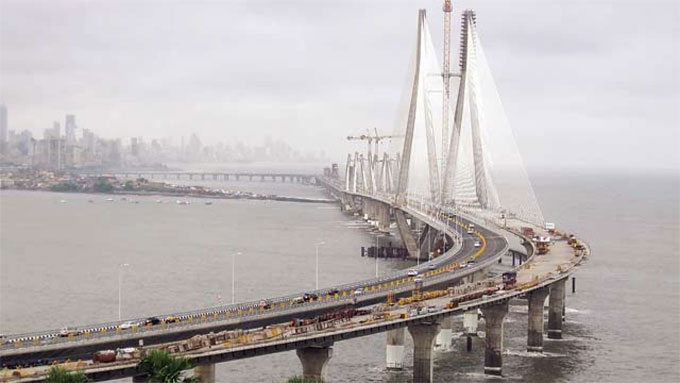 Officially known as the Rajiv Gandhi Sea Link, this long elevated roadway connects the Bandra suburb of Mumbai to Worli ? through the sea, and hence cuts down commute time from 60 to 10 minutes. The huge cable-stayed bridge carries eight lanes of traffic (an average of 38,000 vehicles per day) and has prestressed concrete steel viaducts on both sides.

Built by the Hindustan Construction Company, the beautiful Bandra-Worli Sea Link crosses Mahim bay in Mumbai, and is part of the proposed Western Freeway project. It was the first ever cable stayed bridge built on open sea in India, and stands on seismic arresters allowing it to withstand earthquakes or similar forces up to Richter scale 7. 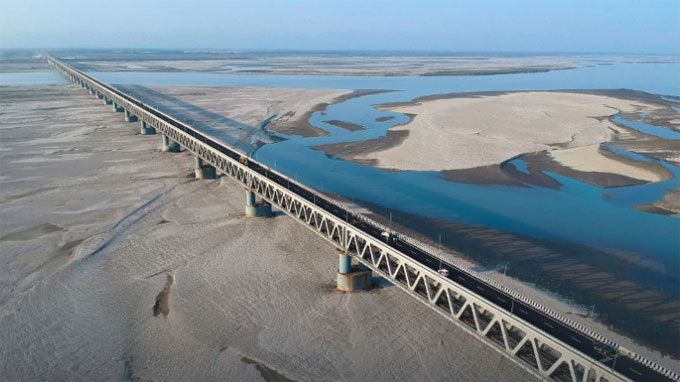 The specialty of the Bogibeel bridge lies not in its near 5-km length, but its construction methods. The bridge site is at high risk of earthquakes and therefor the bridge was built with fully welded steel-concrete support beams, a first in India, capable of handling even Richter 7 earthquakes easily. The bridge carries two train lines on the lower deck and three road lanes on the upper deck. 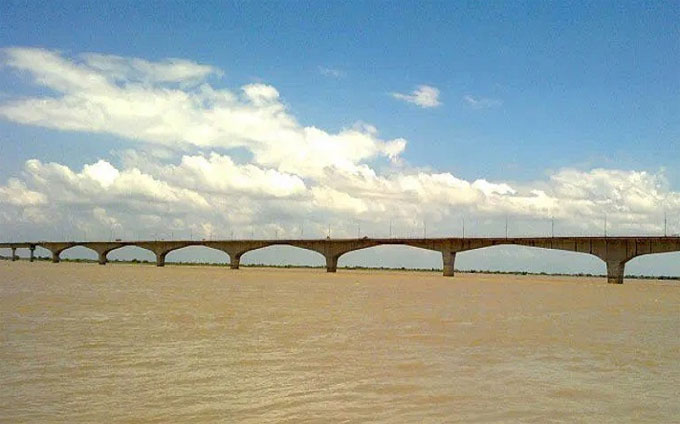 The National highways 33 and 31 runs on the two shores of Ganges near Bhagalpur in Bihar, and this slender yet strong bridge named after the ancient mahavihara joins them across the river. This concrete and iron bridge is instrumental in joining Bhagalpur to Purnia, Katihar and other major cities in Bihar and easing the traffic flow on NH 31 and 34.

However, the traffic is so heavy in the area that there is still congestion on both sides of the bridge, notably due to heavy cargo transports for which toll is required to pass on the bridge. For this reason, from 2016 feasibility analysis has started for another bridge alongside this and construction has started in 2020. 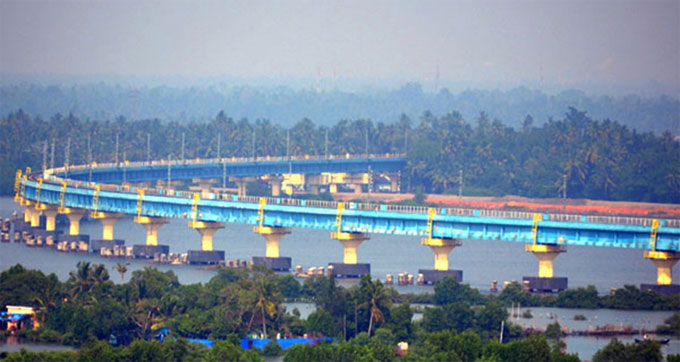 The biggest bridge in Kerala is built across the beautiful Lake Vembanad, and connects the cities Edappallly and Vallarpadam. Hence also called by the names of those two cities, this is an extremely significant bridge in Kerala since both cities are very important, especially Vallarpadam being the international container shipment center and a major Catholic pilgrimage.

Opened first in 2011, this bridge was constructed by the Shapoorji Pallonji Group, a major construction company of India. Thil huge bridge in Kochi is the second longest dedicated railway bridge in India. The prestressed concrete bridge is comprised of 132 spans 7.5 meters over the lake?s water. 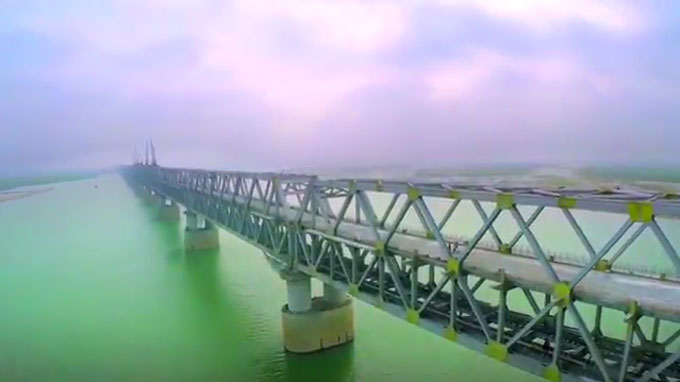 Also named as the Jayaprakash Setu, this bridge is so long and so important two rail stations are built on both sides of it. This steel truss bridge was inaugurated in 2016 and has the stations Patliputra Junction and Bharpura Pahleja Ghat Junction girding its 4556 meters of length. 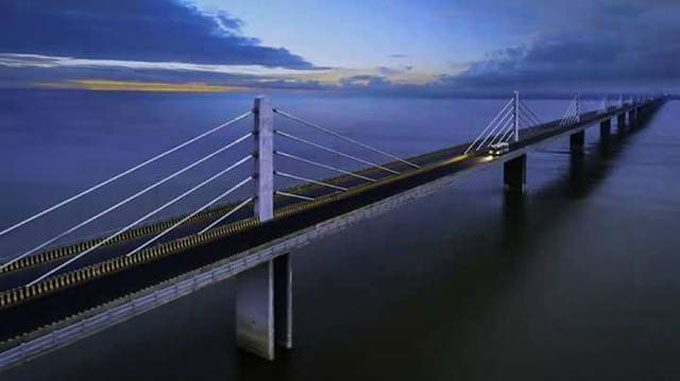 The people of the cities Arrah and Chhapra are forever grateful to be directly connected by this strong road link in the form of a bridge over the Ganges. Both cities are quite populous and important in their own right, and so this link between them was inevitable.

Previously, you had to travel 120 km to go from Chhapra to Arrah, making a huge detour through Patna, but now this bridge has shortened that distance down to 21 kilometers only. This has been very beneficial to the economy in both cities and the surrounding region, as it is a tremendous boost to business and general life altogether.

Also known as the Kovvur Rajamundry Bridge, this truss bridge is iconic in representing the cultural capital of AP. There are 27 steel spans in the bridge, the longest of which is 91.5 meters long. Braithwaite, Burn & Jessop designed this bowstring girder bridge. 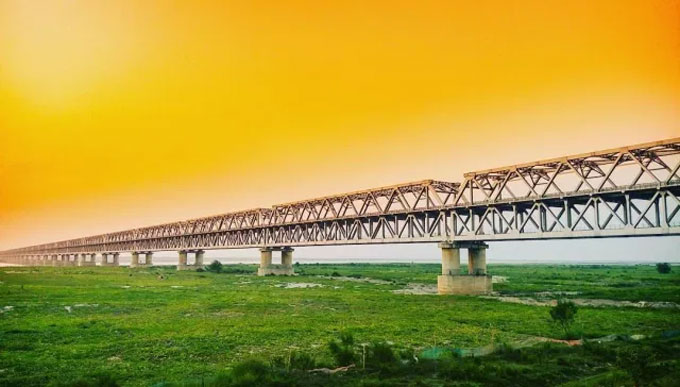 The Ganges or Ganga travels nearly the width of India, the mythological and majestic queen of rivers. This particular bridge spans its entire width at Munger, Bihar. The construction of the Munger Ganga Bridge started in 2002, but it encountered frequent cost overruns and legal issues regarding real estate. It was finally opened in 2016 by the prime minister.

The Munger Ganga bridge is a twin rail and road bridge. As it connects the cities of Munger and Jamalpur directly to the other districts of Bihar. The official name of the bridge is Srikrishna Setu and it is made up of 29 steel spans. 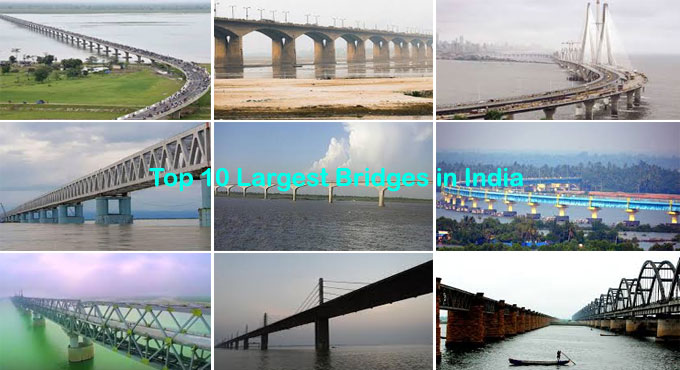