Plan to Prevent Engineering Students Shortages in the Construction

A poor marketing strategy has historically plagued the construction industry. A lot of young people seek other careers because they perceive them to be dirty.

The construction industry offers many career paths for young people. The job site has undergone a transformation that many are unaware of.

In addition to the widespread use of high-tech design tools and ergonomic and automated equipment, this also requires more advanced skills and allows people to do more with less. High-skilled labor longer requires most of this backbreaking work.

There is one path to success in the minds of young people. University or college is the next step. Teachers often ask their students where they plan to go to school from an early age. The expectation is higher education. It is not impossible to go to a prestigious college or university if you are smart. You settle for a junior college if you don't get into one of these schools. You work in the trade if you do not qualify to go to junior college.

Many students, due to this stigma, do not consider the trades as a first choice. Parents and peers would prefer to see their children as successful. Changing this norm will not be easy or quick, as it is ingrained in the culture.

There is no single career path that works for everyone. It is better to encourage students who excel in the trades, not view them as failures. In a panel discussion, one panelist reported that his payroll clerk had been amazed to find that workers in the field made more than most office workers.

Students' mounting debt crisis is one-factor changing viewpoints. Student debt often reaches six figures by the time they graduate. These debt loads make them ineligible for jobs that generally do not support them. Many of these graduates learned highly sought-after skills while avoiding crippling debt by entering the trades after graduation.

There are limited budgets for schools. Many vocational programs have a drop to maximize funds. The majority of schools, however, are open to outside assistance. At the roundtable, several of the contractors spoke of good working relationships with their local school districts.

It is important to recognize that the majority of schools do not currently have the resources or skills to provide the training. Your job is to do that. Investigate the possibility of setting up an on-the-job training program to allow students to see what career paths the industry offers.

Contractors must invest in this process. It is not possible to place students on a job site. An organized program will need to be put in place to restrict what they are allowed to do. There are some very rewarding benefits associated with this approach.

In one case, a company presented the program's participants with certificates and offered them a job after graduation. It may not sound like much, but for students who participated, it was an important award. This type of recognition had never been awarded to some of them before.

Construction firms face a marketing challenge because of the negative perception youth have of the industry. Career paths need to illustrate in the industry. Promotions and salaries include in this. There's no point in targeting just those who won't get into university. Building things is part of the personality of some people.

They are either enthusiastic about the act of creating or enjoy seeing the results of their hard work. As an example, one owner of a concrete construction company was a successful business consultant before starting his business. Although he admits that business consulting pays more, he switched careers because he enjoyed building things.

An employee of this union contractor reported that the firm had no trouble finding adequate staff. Although the contractor admitted union benefits and pay were appealing, he advised other contractors to review their pay and benefits. Living costs vary from region to region in India.

To earn a decent standard of living where they live, employees should not have to work more than 60 hours a week. As a result of this approach, the pipeline for new talent decrease, increasing wages could make your company more competitive. An increase in operational costs may result from a bidding war.

Firstly, the problem is nothing new. Contractors continue to be concerned about it over the years. Business owners often cite this as the biggest obstacle to growing their companies. Construction work has become stigmatized, which is resulting in a lack of prospective employees. A large percentage of the emerging workforce views this as an unattractive career option.

Contractors demonstrate great recruiting efforts at this conference, as attendees can attest to. At low levels, the pipeline is a serious issue. It will take some time for this issue to resolve.

A lot of young people are 'wired' to build. A career path that tailors to fit the interests of the potential employee is what you need to convince them about. 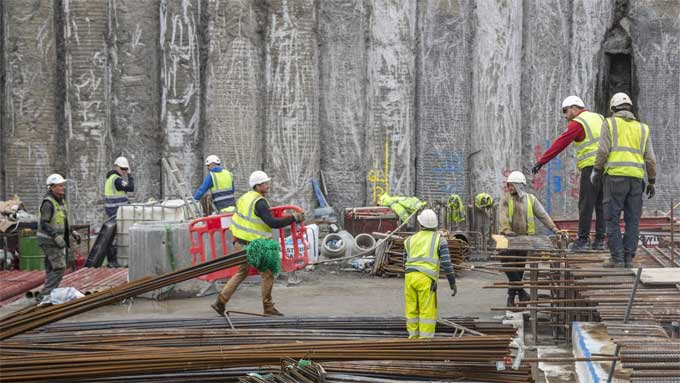