How to prevent segregation of concrete

Definition of Segregation of Concrete?
Major components of concrete are cement, sand, aggregate, and water. Normally, a coating is made to concrete aggregate with cement and sand for developing the consistent mass disjointing of these constituent materials of concrete from each other. It is known as segregation of concrete.

Other reasons range from greater water cement ratio in concrete. Besides, when excessive water is added at the time of mixing concrete, it results in segregation. Improper vibration for a long period on wet mix of concrete also causes heavy material to setting down and lighter cement sand paste to move upwards. Imperfectly proportioned mix and inappropriate placing on site may also lead to segregation.

Segregation also happens while concreting is performed from a height in excess of 1 metre. It may also happen because of vibrations during transport of concrete. Under such situation, correct remixing should be carried out prior to setting time is over.

Prevention of segregation: Segregation of concrete is controlled by properly proportioning the mix and applying the suggested water-cement ratio in order to stop applying extra water. Precautions should be undertaken at the time of handling, placing, transporting, compacting and also at finishing stages. If air entraining agents, admixtures, pozzolanic materials are utilized perfectly, the segregation can also be controlled.

Segregation can also be avoided by remixing the concrete for a short period of time. When the depth of concrete remains in excess of 1.5 meter, it should be arranged through inclined chutes. The end of the chute should remain as nearer to the point of concrete as possible. The angle of inclination should be retained to facilitate smooth progression of the concrete. Besides, the path should be lubricated with a small quantity of water at normal gaps.

The Bleeding in concrete is a type of segregation. When the specific gravity of water remains low, it goes upward because of the settlement of cement and aggregate. It is known as the bleeding of concrete.

Bleeding of concrete is not fully damaging when the rate of bleeding is identical to the rate of evaporation of water. It actually improves the workability of concrete that is good.

Reasons for bleeding in Concrete

Impacts of bleeding in Concrete: Because of bleeding, the consistency of concrete is reduced. The amassing of water creates a void among the cement and other constituent materials and as a result the strength is decreased. It also decreases the bond among the reinforcement and concrete.

Prevent bleeding of Concrete: The bleeding can be controlled by controlling the water-cement ratio. In the same way correct proportioning and complete mixing also minimize bleeding. Besides, the air-entraining agents can also be used. 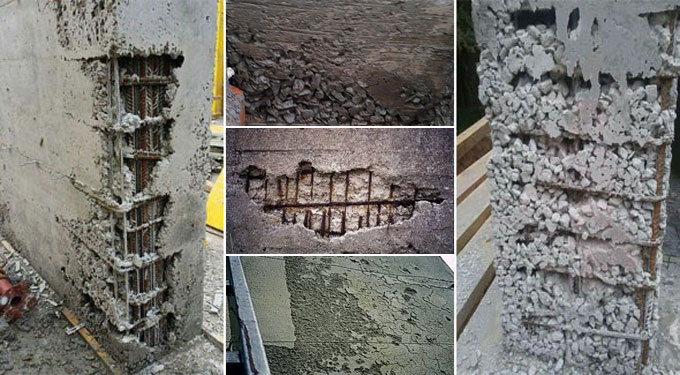