India is one of the most responsible nations in the world. India is also the world’s second-biggest populated country; the world is a reason more resources are being used every second. As a responsible human being, one must try to save those resources.

As a matter of fact, the Indian Government has also set a goal to achieve a total of 175 GW of renewable energy capacity will be installed by 2022, of which 100 GW is devoted solely to solar power.

Solar energy isn't just an option, and it could even become a necessity in the future when the non-renewable sources of energy are exhausted. The usage of Solar Energy will not only help us to play our part as a defender of mother nature.

This article will discuss the top benefits of switching to solar energy in India.

Utility companies are notorious for their unclear and inconsistent electricity prices, and this is what makes solar energy so appealing. You can easily estimate how much electricity you will spend on solar energy with solar panels in the next 20 years.

Switching to solar energy will enable you to determine how much capital you will need for electricity expenses, unlike conventional sources of electricity, where the price fluctuates frequently.

Plus, a lower Carbon Footprint means a step forward in preventing global warming and thus in the process saving mother nature.

To encourage people of the nation to use solar energy, the Indian Government provides many tax benefits, whether it is a commercial or a residential solar installation.

In India, there are various incentives for solar installation that include easy loans, electricity generation incentives, and the possibility of reselling your electricity.

In terms of rooftop solar panels, they don't require additional land and can be set up & installed on almost any kind of roof. They are able to protect your roof as well since they cover it.

In addition to generating electricity, solar energy can also be used for cooking food, heating water, running cars and generators, etc. Solar energy can be a great rescuer for remote areas as well, where electricity shortages are common.

Installing solar energy devices is a popular decision because of the low maintenance costs incurred. If you take care of the installation properly, it may last you for up to 20 years and will give you lower electric bills.

Everyone knows that the Sun is an inexhaustible energy source, unlike natural gas or fossil fuels. With such an endless source of energy, there is no need to rely on fossil fuels, which are bad for the environment and are exhaustible in nature.

In addition, India has a deficiency of energy, and the cost of generating electricity is high. Solar energy can be an alternative energy source for those who need it. 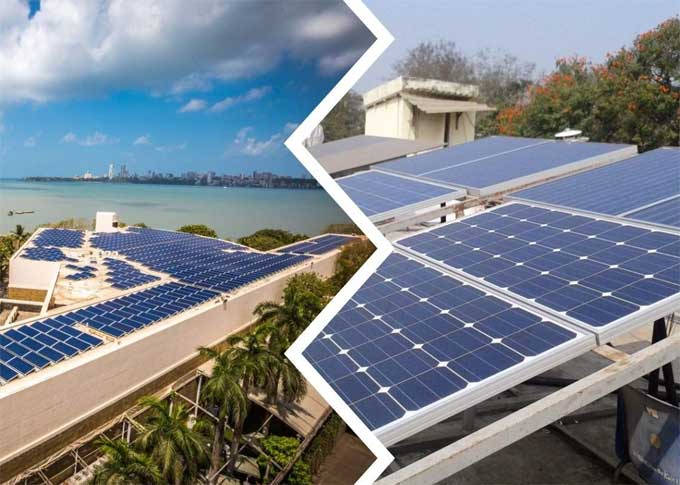