Tips to reduce bleeding in concrete

Concrete is formed by mixing cement, fine aggregates and course aggregates. If process for mixing, curing and placing is inaccurate, several issues may arise. Bleeding in concrete is one of the vital issues. Bleeding means a type of segregation, in which water emerges out of concrete.

Bleeding in concrete happens if the course aggregates is like to settle down and free water in the mix moves up to the surface and produces a paste of cement on the surface called ?laitance?. This upward transition of water at the time of penetrating from bottom to top, creates continuous channels. If the applicable water cement ratio is 0.6 or more, the bleeding channels will be continuous.

Penetration in the structure occurs due to these continuous bleeding channels. While upward transition is going on, the water is stored underneath the aggregates and forms water voids and minimizes the bond among the aggregates and paste.

In the same way, the water that is stored underneath the reinforcing bars minimizes the bond among the reinforcement and concrete. When bleeding remains at normal rate, it is not harmful but high rate of bleeding can lead to damage of bond.

Reasons for bleeding: Bleeding in the concrete mix is caused by segregation. For segregation, heavy aggregate particles are settled down and owing to this water moves up to the surface and develops a layer. This upward transition of water also conveys the fine particles of cement with it. The top surface of slabs and pavements will not contain superior wearing quality.

Bleeding mostly operates on the surface of concrete, when water to cement ratio is greater. The rate of bleeding is based on the type of cement utilized, quantity of fine aggregate.

1. Because of bleeding, the consistency of concrete is lost.
2. Due to bleeding, permeability in concrete occurs.
3. The water stored underneath the reinforcing bars, decreases the bond among the reinforcement and concrete.
4. While bleeding is going on, the storage of water develops a water voids and minimizes the bond among the aggregate and cement paste.
5. Because of bleeding, pumping ability of concrete is decreased.
6. Bleeding raises the water-cement ratio at the top.
7. The storage of water at the top leads to delayed surface finishing.

Some useful steps to minimize bleeding:

1) Put in minimum water content in the concrete mix, chemical admixtures should be applied to minimize the quantity of water to maintain desired workability.
2) Design the concrete mix correctly.
3) Apply fly ash or other additional cementitious materials.
4) Air entraining admixtures is useful for minimizing the bleeding.
5) Put in extra cement in the mix.
6) The amount of fine aggregate should be raised when sand is coarser (fineness modulus of 2.5 to 2.8 is recommended) in mix and lessen aggregate proportionately.

There should be perfect precautions throughout formation of mix and method of mixing to lessen bleeding as it leads to weak structure and an interruption in construction cycle. 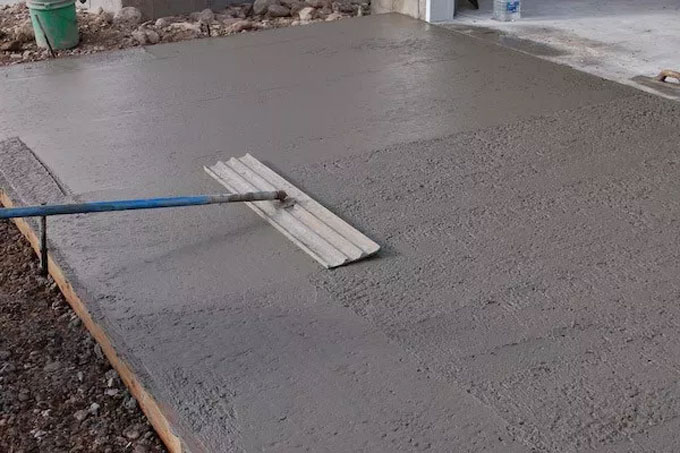