Spacing of Reinforcement in Concrete Beams and Slabs

The least vertical distance among two main bars should be as follow :-

15 mm,
Two-third of the nominal size of coarse aggregate, or
Maximum size of the bar or whichever is higher.
2. Highest Spacing among Bars in Tension

a. Minimum tensile steel is provided with the ratio

(For Flanged Beams b=bw)
b. Highest Tensile Reinforcement in Beams should not surpass 0.04 bD.

c. Highest area of compression reinforcement should not surpass 0.04 bD.
d. Beam with depth over 750 mm, side face reinforcement of 0.1% of web area should be arranged.

This reinforcement should be allocated uniformly on two faces at a gaping not surpassing 300 or web thickness or whichever is less. 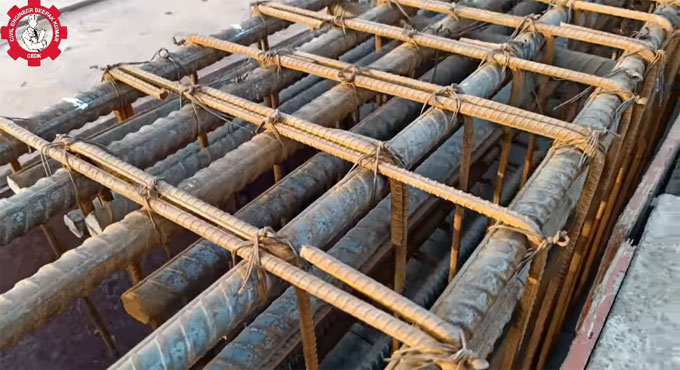