Segregation of Concrete- Causes and prohibition

Concrete is a paste of sand and cement which helps to bind the building, but sometimes this concrete gets segregated due to some reasons which can be prevented easily.

According to popular belief, concrete and cement is not the same thing; cement is actually just a part of concrete. So basically concrete or Portland cement concrete is a compound material of fine and coarse aggregate bonded together with a fluid cement or cement paste that become hardens over time. It is distinguished from other, non-cementations types of concrete all binding some kind of clumped together, including asphalt concrete with a bitumen binder which is frequently used for road surfaces and polymer concretes that use polymers as a binder. When clumped is mixed together with dry Portland cement and water, the mixture forms a fluid slurry which can be easily poured and molded into shape, then the cement ill reacts with the water and other ingredients to make a hard matrix that binds the materials together into a durable stone-like material that can be used in many ways.

Concrete is a popular building material which often known for its toughness; Concrete is made up with three basic things which are: water, aggregate (rock, sand or gravel) and Portland cement. It is known as a very versatile and reliable material though some construction faults and imprudence can lead to the growth of defects in a concrete structure. These failings can be seen as per poor construction practices, poor quality control or for poor structural design and detailing.

While handling, transporting and placing for the jerks and vibrations the cement-sand paste may gets separated from rough aggregate. But it can be mixed again properly before depositing but it is recommended not to use a concrete where initial setting is over.

Reasons of Segregation of Concrete:

? Using of high water-cement ratio in concrete makes concrete segregation and it happens when concrete is mixed at site by unskilled workers.
? Extreme vibration of concrete with mechanical needle vibrators creates heavier particles resolve at bottom and lighter cement sand paste comes on top.
? When concreting is done from high for underground foundations and rafts, which causes concrete to separate.

Way to prevent Segregation of Concrete: When the depth of concrete is more than 1.5 meters it should be located through temporary inclined chutes. The delivery end of chute should be as close as possible to the point of deposit. When Segregation in deep foundations and rafts of thickness is more than 1 meter, there is chance of presence of segregated concrete near bottom or in center without proper supervision. This segregation can be detected by advanced method of testing such as ultrasonic testing. 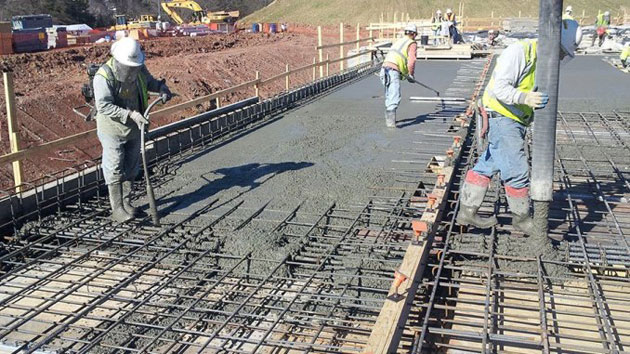