Sodic soils are characterized by higher sodium ion concentrations than other soil types. Sodicity is measured using the ESP (Exchangeable Sodium Percentage), which refers to the amount of sodium in the soil. Sodicity weakens the bonds between soil particles and degrades soil properties. When the sodium ion in the soil reaches an ESP of 6%, it causes clay dispersion when in contact with fresh water and adversely impacts soil structure.

Sodicity is often a result of pedogenic processes and the nature of the parent material. Sodality may also occur as a result of anthropogenic processes called secondary modification. There are several causes of rapid secondary modification, including irrigation with Sodic water or lack of drainage, as well as land clearing and other land management practices that create water-logging.

Minerals and parent materials in the soil are the main sources of all soil salts. Surface and ground waters weather these minerals and parent rock, causing the salts to soluble and start to affect the soil. A process called cyclic salt can move salts inland from seacoasts. Irrigation from salt dissolved in ground-waters can also contribute to soil Stalinization.

Impact of Drainage on Sodic Soil

Therefore, it is not uncommon for Sodic soils to form as a result of restricted drainage and the presence of a high water table. When permeability is low, it prevents water from moving downward, resulting in the accumulation of salts in the soil.

As a result of an excess of sodium in soil, Sodic soils can cause physical problems in the soil. In the end, you should carefully monitor your ESP to ensure that it does not interfere with your ability to grow aesthetically pleasing, safe turf.

Impact of Sodicity on Soil Structure

Dispersion of the subsoil allows erosion to accelerate, leading to gullies and tunnels. Because of swelling and dispersion, Sodic soil prevents water storage and reduces internal drainage due to blocked pores. As a result of this, soil tilling reduces, seed germination is poor, root growth is limited, and the soil is vulnerable to erosion by wind and water.

Sodic Soil classifies as those with high exchangeable sodium percentages (ESP). Depending on precipitation patterns and water table characteristics, the percentage will differ in different regions of the world. An ESP occurs when the physical properties of the soil degrade to the point where no crop can thrive.

The definitions used to make management decisions should not be arbitrary and provisional. Even an ESP that is close to or far from the threshold can still impact your growing conditions. It is important to monitor and manage your ESP closely to ensure proper turf-grass growth conditions. 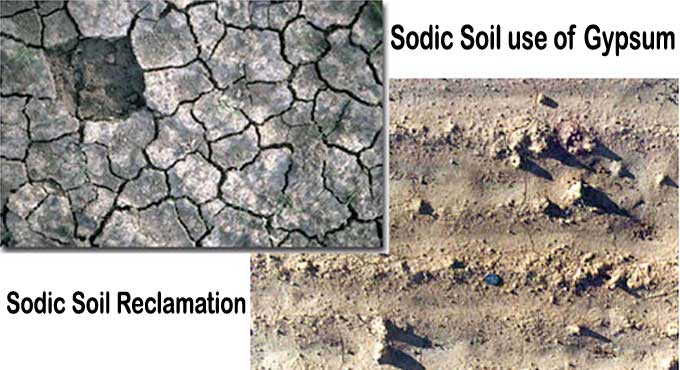