What are the differences between Traditional Solar panels and Tesla Solar Roof?

Tesla introduced an amazing concept in 2016. Tesla turned every shingle into a solar panel rather than using solar panels that sit in your front yard or stand out on your roof. A Tesla solar roof enhances your home's energy efficiency by capturing the sun's energy and converting it into electricity.

It has not been a smooth rollout for Tesla's solar roof system, but the company recently announced plans to double down on the project and transform it from a pricey concept into a product that consumers could afford.

Elon Musk founded Tesla, an innovative company that offers several great products. Tesla's solar roof is no exception. Instead of using individual panels, you can use your entire roof for solar arrays.

With Tesla solar roofs, you can use tempered glass panels in place of shingles, protecting your home while also capturing solar energy. A Tesla solar roof is good, yet less proven, and as they are custom-built for each roof, they are harder to move.

Solar panels convert solar energy into electricity with the help of photovoltaic technology. Increasingly popular and affordable in recent years, solar panels are familiar to most people. Your array can be set up on your roof or in your yard, whichever is most convenient for you.

Despite a wide variety of panels and brands available, all offer a clean energy alternative to fossil fuel sources, such as coal and natural gas. Costs can be high with these panels, and some of them are difficult to install. Generally speaking, you can expect to pay lower energy bills, lessen your carbon footprint, and increase your property value.

It can be harder to install solar energy systems. Generally, traditional solar panels are easier to install because they can be placed on your roof or the ground, depending on your property's layout. There's no way you can install a Tesla solar roof unless you replace your entire roof. The Tesla solar roof system is less familiar to contractors than conventional panels, so finding a capable installer can be challenging.

A Tesla solar roof is more effective than a traditional solar panel in terms of generating solar power. Tesla's Power-wall is a better energy storage system and has a lower cost per watt than conventional solar panels.

Tesla solar roofs may be justified over time due to their power generation and storage capabilities, but you will need to look far into the future to do the calculations.

There is a drawback to the Tesla solar roof in that you cannot move it with you. Due to its custom-fitting to your roof, you cannot transport it to another house. However, there's a bit more flexibility with conventional solar panels here since you can potentially take them with you, though you'd likely prefer to leave them in place to help boost the value of your property.

It can be tricky to figure out how much a solar energy system will cost your home and property. The cost of buying, building infrastructure for support, installing, and calculating how much power it will produce is part of the cost of solar panels. Tax credits and other incentives should ease the cost of these systems.

Considering the overall cost of conventional panels versus the Tesla solar roof, conventional solar panels are less expensive. Several Tesla customers have complained that the solar roof system price has been too high.

Alternatively, solar roofs would be more cost-effective per watt even though some solar panels are almost twice as expensive as conventional panels. You will also need a Tesla Powerwall battery for energy storage, which also increases the cost.

Solar roofs from Tesla come with a lifetime warranty, ensuring their longevity. In case of an issue, you can replace the shingles. You'll benefit from this if you plan to spend a long time in the same house. In contrast, solar panels normally only come with a 20-year warranty.

If you are switching to solar power, conventional solar panels are your best bet for now. These panels have proven performance. Aside from being cheaper, they also offer more flexible installation.

It's hard to recommend Tesla's solar roof at this point due to early troubles and hefty costs. Tesla's solar roof concept might improve in future versions. Keep doing what you are doing to reduce your carbon footprint and save on your energy bill. 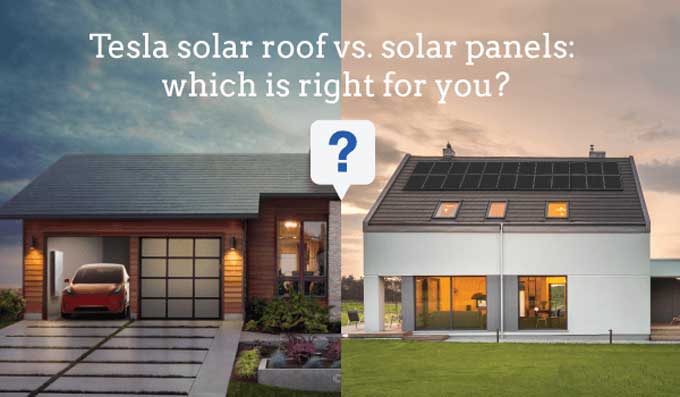