Solar tiles are part of the roof as opposed to being mounted on racking systems. New constructions and major renovations can take advantage of them since a roof installation and a solar array can combine into one. Solar shingles also refer to as solar roof tiles.

Solar Roof Tiles: How They Work

An inverter or solar diverter converts the captured energy into electricity. A professional performs these procedures. Each tile collects solar energy depending on how much sunlight it receives. Summer is the best time for it.

In general, solar tiles cost more than $5,000 per kilowatt but there are many variations in costs. Solar panels cost around $3,000 per kilowatt for a residential system and below $1,000 for commercial and industrial projects. A solar shingle project cannot compete with a solar panel project economically. Especially if the same property is also upgrading with solar panels, they tend to be more cost-effective in the residential sector.

A 10 kW installation for $33,950 is the price quoted on the Tesla website for the new solar roof. That's close to the cost of solar panels, which is $3,395 per kW. It costs about $17 per square foot to install a 10 kW solar roof from Tesla, which covers 2000 square feet on average. The solar panels produce about 5 watts per square foot of power.

In addition to promoting renewable energy, solar tiles are a wonderful way to help the environment. Their aesthetic appeal makes them more appealing. In addition to mimicking traditional slate or ceramic tiles, there are several design options for solar tiles. Rehabilitating a roof or starting from scratch can be economical with solar tiles.

Solar panels are more affordable and can produce more power per square foot. Solar panels with high efficiency have a capacity of more than 300 Watt within an area of 17.6 square feet. It would be possible to fit over 34kilo Watt of generation capacity in 2000 square feet.

To maximize your electric production, solar panels are the best choice. Unlike solar shingles, solar shingles do not have panels, but the available space is less efficient. Solar tiles generating 5 watts per square foot would require 6,800 square feet. That would generate 34 kW.

When you're thinking of upgrading your roof as well as installing solar panels, it's best to get quotes for both options: solar roof shingles and a standard roof with solar panels. Also, solar panels produce more electricity per square foot than conventional panels over time.

Personal preferences also play a role in choosing between solar panels and solar shingles. The payback period of solar roof tiles is twice as long as that of normal PV modules due to their higher cost.

However, both products typically last more than 25 years. Despite both offering long-term benefits, solar shingles take a longer time to become profitable. 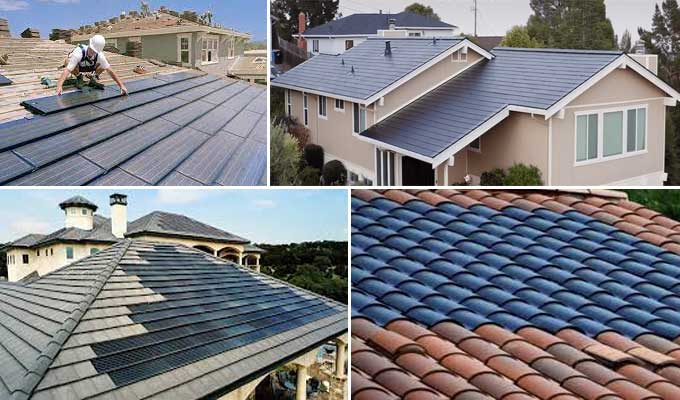