A space frame or space structure that is a 3D truss in architecture and structural engineeringmeans a rigid, lightweight, truss-like structure that is constructed from interlocking struts in a geometric pattern. To span large areas space frames can be used with the help of some internal support.

Space frame structure with the minimum required support or columns can in turn support the roof of an industrial building.

It is due to the rigidity of the triangle that the space frame structures are strong, it is also to be noted that in such frames, the bending moment that is transmitted in the form of a stress and a compression load all throughout the length of each strut.

The angular deflection can be ignored in case the joints are sufficiently rigid.

Space frames are used if the span of buildings is large to cover the large span. Expansion joints are provided and the spaces can be subjected to movement.

Stated Below Are The Types Of Space Frame Structure:

Flat planes are on which the plane frame is constructed. The examples are trusses or girders of aircraft which is usually used for roof construction and beams.

The construction remained subject to light loading for a long duration.

With spans in opposite directions of a single spread, the space frames are able to provide a lightweight roof structure.

As opposed to plane frame, the space frame is basically a series of linked pyramid frames.

What Are The Advantages Of Space Frame Structure?

Applications of a Space Frame Structure

List of Examples of Buildings Based on Space Frames

Therefore, to conclude we can state that the space frame structure provides flexibility and it is also efficient to satisfy any architectural and structural requirements. 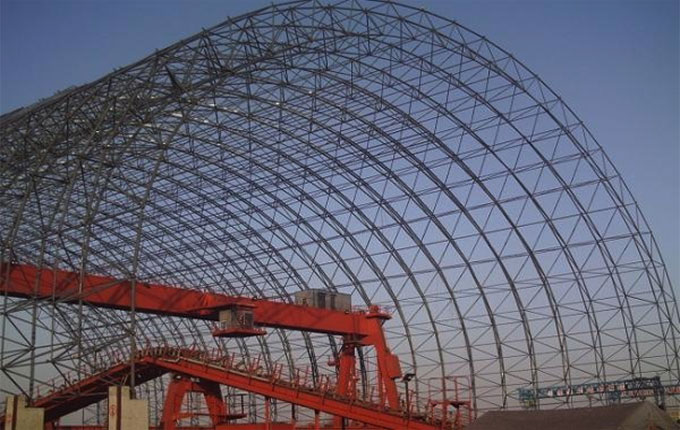