After four years of construction was begun in January 2018, the longest undersea highway tunnel in China was open to the public on Dec 30, 2021. Located 50 kilometers east of Shanghai along the Jiangsu coast, the Taihu Tunnel extends under Lake Taihu, China's third-largest freshwater lake. Several colorful LED lights have been installed on the tunnel ceiling to prevent driver fatigue.

Located on the Changzhou-Wuxi Highway, the Taihu Tunnel links the expressways of Changzhou, Suzhou, and Wuxi. This tunnel reduces vehicular traffic in the cities adjacent to Lake Taihu by providing an alternate expressway for travelers commuting between Shanghai and Nanjing.

There are six lanes of traffic in the tunnel, which is 57 feet wide. Over two million cubic meters of concrete build the six-way tunnel. As construction workers processed steel, they used automatic equipment to prevent dust and sewage from escaping.

With a length of 10.79 km and a width of 17.45 meters, the tunnel was built at the cost of 9.9 billion Yuan or about $1.56 billion. The longest and widest underwater tunnel in China will be this one, although there are over 100.

Comparing Taihu to other tunnels around the world, how does it stand out

The Ryfast tunnel in Norway, stretching 14.3 kilometers between Stavanger and Strand, is the world’s longest under construction highway tunnel.

Under Tokyo Bay, there are 9.6 kilometers of tunnel, which is part of the Tokyo Bay Aqua-Line undersea highway.

Underwater tunnels are projected to ease traffic congestion as a result of urbanization and a growing population. 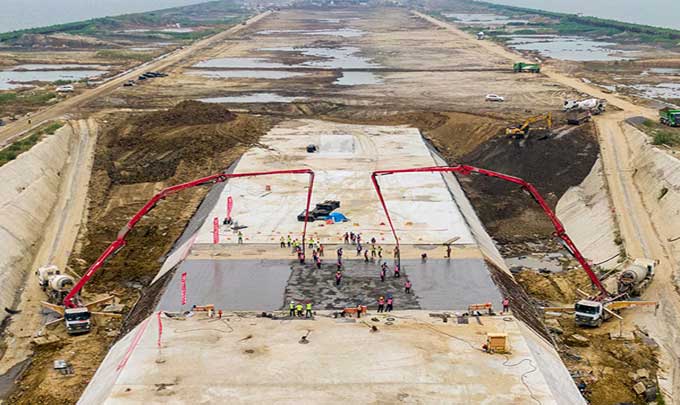