Australian civil and infrastructure developers have always been ambitious about building strong and tall buildings. And so began the race among construction companies in Australia. Today, we will visit the most prominent among them, according to a 2015-16 survey, and present the reflections as the top 10 Australian civil engineering companies.

The Buckeridge Group of Companies, or BGC in short, began in 1960 as a small family-owned firm, which has grown into one of the top privately-owned companies in Australia by turnover. The construction firm on BGC was established in 1994 only.

Since then, BGC has been responsible for building some of the greatest structures around Australia, for example, the award winning Perth Arena. They also include BGC Contracting which deals with mining and civil construction. BGC Construction was awarded non-residential Australian contracts totalling $1.3bn by the time of the survey.

After starting off only in 1972, ADCO has completed over 3,500 projects valued at over $10bn. With 580 direct employees and numerous achievements, it has shot up among the 50 most successful companies in Australia. Their projects include Smithfield Cinemas and Entertainment Leisure Precinct in New South Wales.

Run by joint chairpersons Bob Hill and Judy Brinsmead, the company has clients including federal, state and local government agencies as well as private companies. In the survey year, ADCO was awarded $1.34bn worth of non-residential Australian contracts.

With over 6900 direct employees and many more off-payroll workers, the Fulton Hogan Pty Ltd has been building the nation for over 80 years. A diverse company, they work in various sectors like transport, mining, water, energy, civil construction and land development infrastructure.

Operating in both Australia and New Zealand, Fulton Hogan?s portfolio includes great projects like the White Rock Wind Farm for Goldwind Australia, and the Perth Airport. Under CEO Nick Miller, the company was awarded $1.54bn in non-residential Australian contracts from 2015-16.

Perhaps one of the most influential companies in Australia, John Holland operates across Australia, New Zealand and Southeast Asia. Though it has changed hands many times since its beginning from 1948, the firm constructs buildings in every state of Australia and has remained very well managed so far.

John Holland was awarded $1.57bn worth of non-residential contracts in Australia for 2015-16 and its largest contract to date was the $2.5bn EastLink, Australia?s largest road infrastructure project, which it was awarded as part of a joint venture with Theiss.

Nexus Infrastructure is not one company, rather, it is a consortium of companies including Plenary, Cintra and Acciona. This consortium has been created to design, construct and operate the Toowoomba Second Range Crossing which will reroute heavy traffic to ease congestion around the Queensland settlement.

Nexus? Construction joint venture with Acciona and Ferrovial will be responsible for designing and constructing the crossing, with a 25-year operation and maintenance contract also having been awarded to Nexus. This project alone appears responsible for Nexus? placing on the list, having been funded by a joint 80:20 split funding arrangement between the Australian and Queensland Governments.

ProBuild provides end-to-end service across project delivery, construction planning and management throughout Australia ever since its beginning in 1987. Now over 1300 strong, ProBuild?s projects include the expansion of the Melbourne Convention and Exhibition Centre at South Wharf, Victoria, which will expand by 20 sq km to include a 150-space multi-storey car park.

The Group Managing Director, Simon Gray, brings 30 years of construction leadership experience to the company, which in 2015-16 was awarded $2.38bn worth of projects. ProBuild is also responsible for Sydney?s tallest ever residential tower, made up of 479 apartments, and reaching 67 storeys (235m) in height.

During our survey period, Hutchinson Builders was awarded $3.26bn worth of non-residential contracts in Australia. Its over 1500 employees call it ?Hutchies? fondly, and for good reason - they chew through over 250 projects every year with an average value of $22mn, with the best safety standards in the industry.

Under Chairman Scott Hutchinson, the business is Australia?s largest privately-owned construction company and it has been working since 1912. Hutchies was selected to build stages two and three of Global Switch?s Sydney East Data Centre ? upon completion, the centre is set to meet the data requirements of Global Switch customers for the next 20 years.

One of the best privately owned construction companies in the world, Laing O?Rourke is a civil engineering firm with a global focus. It operates an integrated business model which covers engineering, construction and asset management.

After its establishment in 1848, the firm saw its first major fame and praise when constructing houses for WWI veterans in 1919. 40 years down the road and they have constructed the world?s first commercial grade electricity generating nuclear power station.

Lendlease Group is among the top 10 Australian civil engineering companies due to their excellent work in international property and infrastructure group operating in Australia, Asia, Europe and the Americas. It was founded in Sydney in 1958 by a Dutch immigrant, Dick Dusseldorf.

The company expanded to the US in 1970 and is currently under the leadership of CEO Steve McCann. Major regeneration projects carried out by Lendlease have included Elephant & Castle in London, Victoria Harbour in Melbourne and Riverline in Chicago.

Part of the CIMIC (Construction, Infrastructure, Mining and Concessions) Group, formerly known as Leighton Holdings, the CPB Contractors are the largest privately owned construction company in Australia with 23,000 total employees.

Some iconic projects CPB is currently working on include Sydney?s Northern Beach Hospital for Healthscope Ltd, and the New Royal Adelaide Hospital, which is said to be the biggest infrastructure project in South Australia. 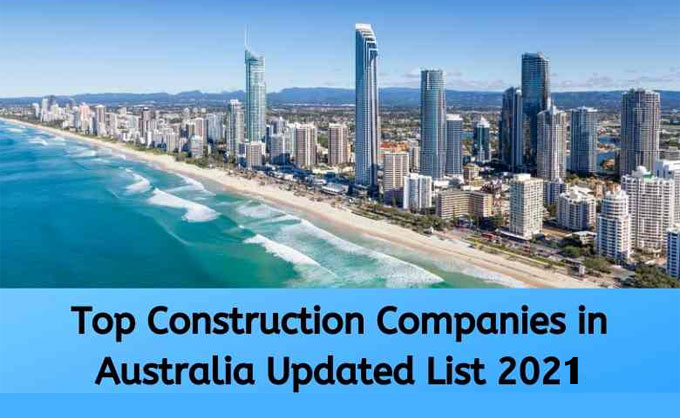