Types of lime and its applications

Several types of lime are found in construction which range from Quick Lime, Slaked Lime, Fat Lime and Hydraulic Lime. The natural limestone is calcinated at 900 degree celsius temperature to produce lime. Every type lime is different in nature and is utilized in environmental, construction, chemical and metallurgical industries.

The following types of lime is frequently utilized in construction :

1. Quick Lime: Quick lime is also known as caustic lime ( Calcium Oxide). It is formed by burning clean limestone ( Calcination process). It is the most inexpensive form of lime that which is extremely amorphous and caustic. Quick lime can be easily combined with moisture.

Quick lime is considered as one of the major elements in producing cement. It is also a vital element that can be applied for the treatment of drinking water.

2. Slaked Lime: Slaked lime is formed by the method of slaking under which quick lime is mixed with water. Slaked lime is also called as hydrate of lime. It is found as pure lime in the type of a white powder.

When Slaked lime is uncovered to the atmosphere, it soaks up carbonic acid in the existence of water content. It is also known as calcium hydroxide or calcium hydrate or lime hydrate.

If Slaked lime is produced by adding quick lime and water, a slurry material is made. It is very effective for mortar applications. It is also applied in plastering works and in cement as a binder.

3. Fat Lime: In fat lime, calcium oxide is used in huge amount. It is also known as white lime or rich lime or high calcium lime or pure lime. It slakes intensely while adding water to it. Due to slaking, its volume is raised by two to two and a half times more than that of quick lime.

Fat lime is suitable for pointing in masonry works, foundation, with surkhi to solidify the masonry walls etc.

4. Hydraulic Lime: Hydraulic lime is also known as water lime. It comprises of 30 percent of silica and 5 percent of alumina together with iron oxide. After adding water, this lime sets quickly.

Applications of Lime in Construction.

Major uses of lime are enlisted below:

1. Lime is utilized in the manufacturing of steel to take off the impurities.
2. Make soil stable for construction of roads, airfields and building foundation by mixing lime in huge quantity.
3. Lime slurry is utilized as mortar for masonry work and for plastering.
4. Lime is applied as an additive in asphalt to enhance the property of cohesion. Lime also makes the resistance strength of asphalt better towards stripping and aging. 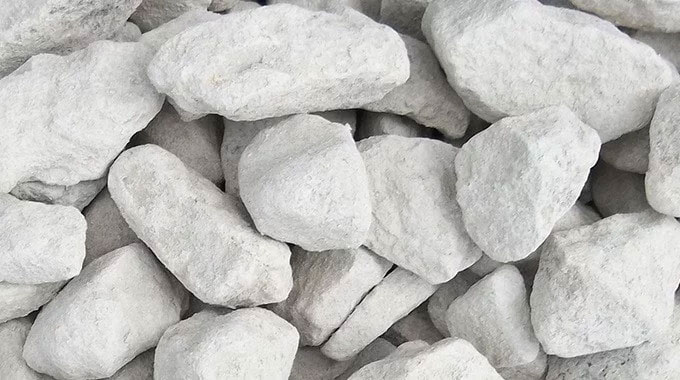